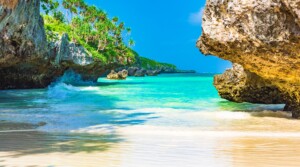 When most people imagine traveling to East Africa usually the first thing that comes to mind are safari tours, barren lands, and Dangerous wildlife. Although Tanzania has these sorts of activities available it is home to one of the Island Gems of the world, Zanzibar. Not only is it a stunning white sands paradise it is rich in history due to ancient trade routes, the island has been home to people from all walks of the earth such as Persian, Indian, and Arab merchants. During the centuries of Arab trade The island became a focal point in the ivory, and spice trade, Earning its nickname the “spice islands”. If you are a lover of antiquity and rich flavors this island is a one-of-a-kind stop, delivering island luxury as well as meaningful, diverse history.

The Year of 2022 – Must See Travel Destinations

The Global Key Unlocked – The Reinstatement of Ibiza